There has been much confusion in the engineering community as to which is the proper energy efficiency metric for computer room air conditioners (CRACs).  EER, SEER, COP, IPLV are still frequent topics of discussion even though SCOP is the only recognized efficiency metric for data center equipment, as detailed below. 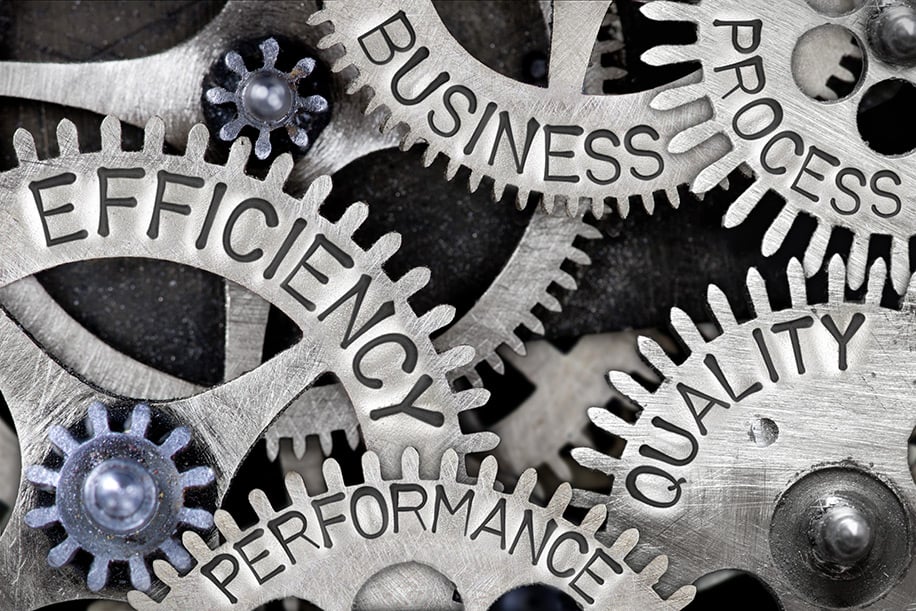 It's not hard to understand why there is confusion if you consider the rapidity of the code changes in regards to this type of equipment.  Prior to 2010 there was no efficiency requirement for computer room air conditioners; they were expressively exempted in ASHRAE 90.1 (Energy Standard for Buildings Except Low-Rise Residential Buildings) by the process cooling clause.  This exemption was removed and efficiency requirements were established in the then new  ASHRAE 90.1-2010.  The efficiency table from this standard is shown below, it is identical to the table in the current ASHRAE 90.1-2013.

The efficiency metric that is mandated in ASHRAE 90.1 is the Sensible Coefficient of Performance (SCOP).  The SCOP is defined in ASHRAE 127 (Method of Testing for Rating Computer and Data Processing Room Unitary Air Conditioners) as the quotient of the total net sensible cooling divided by the total power required to produce that cooling with all values in like terms.  SCOP was chosen specific to the computer room due to the unique nature and operation of these spaces.  The Energy Efficiency Ratio (EER) was deemed inadequate because it includes latent cooling. Since the efficient design target for a computer room is a Sensible Heat Ratio (SHR) of one, the EER was deemed not to be an appropriate or useful metric.  The Seasonal Energy Efficiency Ratio (SEER) also gives credit for latent cooling and ignores that fact that the cooling load in a computer room is not seasonable, but more or less consistent year round.   For these reasons SEER was deemed to be not applicable to the computer room.

Per federal directive, EER, SEER, COP, IPLV or other HVAC efficiency metrics are not legally applicable to computer room air conditioners. The supremacy clause in article VI of the constitution tells us that when there is a conflict between federal law and state or municipal regulations, the federal law must be followed. The only federally recognized efficiency metric for this type of equipment is the SCOP.

I hope this was helpful for all my fellow engineers and data center colleagues.

If you'd like to continue diving into the ins and outs of computer rooms, I encourage you to download the white paper on "Regulations for Determining Computer Room Cooling."

Dave Meadows is the Director of Technology at STULZ USA. He has over 20 years of experience in mission critical technologies and participates in numerous committees and panels throughout the year. Dave has a BS in Mechanical Engineering from the University of Maryland, Baltimore County. He is also a graduate of the United States Navy Nuclear Power School. Dave is an voting member on these ASHRAE committees: 1. ASHRAE Technical Committee 9.9: “Mission Critical Facilities, Data Centers, Technology Spaces and Electronic Equipment”. 2. ASHRAE SSPC 90.4: “Energy Standard for Data Centers”. 3. ASHRAE SPC 127: “Method of Testing for Rating Computer and Data Processing Room Unitary Air Conditioners”.

Tweets by @STULZ_USA
Connect with us